Wesley Hottot joined the Institute’s Washington Chapter (IJ-WA) in 2013 after working in both the Institute’s headquarters office and its Texas Chapter. He is also currently leading a challenge to eyebrow threading regulations in Texas.

Wesley’s practice focuses on occupational licensing and economic liberty.  In 2013, he brought two cases to trial—one in Nashville, Tenn., in which a jury upheld the city’s minimum price for town car service; and another in St. Paul, Minn., in which a judge struck down a state law requiring funeral homes to build a preparation and embalming room.  He is currently lead attorney in a constitutional challenge to town car regulations in Portland, Ore., and lead attorney in an appeal to the Texas Supreme Court challenging that state’s eyebrow threading regulations.

Wesley’s work on economic liberty law has been cited by the Wall Street Journal, Washington Post, Oregonian,Tennessean, Austin American-Statesman, Dallas Morning News and other print, radio and television outlets.  He is the author of two reports on occupational licensing: Bureaucratic Barbed Wire: How Occupational Licensing Fences Out Texas Entrepreneurs and Houston, We Have a Problem: Space City Regulations Prevent Entrepreneurs from Taking Off.

Wesley received his law degree from the University of Washington, where he completed a judicial externship with Justice Richard Sanders of the Washington Supreme Court and a two-year clerkship with IJ-WA.  He was an Echols Scholar at the University of Virginia and graduated with distinction and Phi Beta Kappa.

Wesley Hottot is a member of the Texas bar. 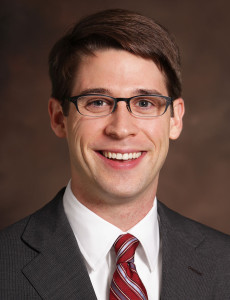